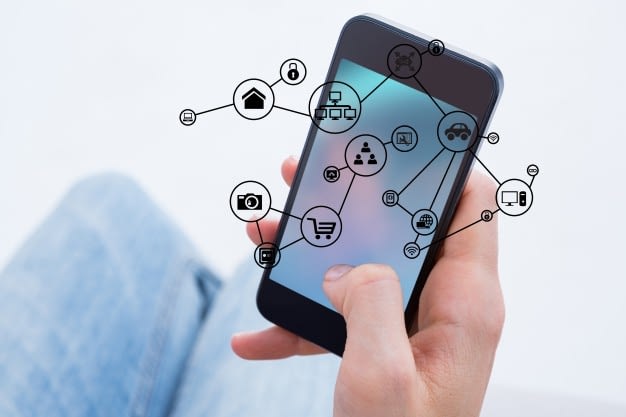 For business owners out there looking to cash in on the money-making machine that’s known as mobile applications, be aware that the majority of apps are getting downloaded fewer than 500 times a day, and only the top 5% of all apps in Google Play and Apple’s App Store are generating more than $1250/day in revenue.

These numbers are nothing new, stemming from a Gartner report published in 2014. However, instead of just predicting most apps will fail, I propose one of the key reasons for so many apps not managing to become successful.

When we talk about mobile applications, most people are thinking of games, Facebook- and Snapchat-like apps, when in reality enterprise applications are among the top in terms of project costs and amount of money invested.

These enterprise apps are also among the most successful, because they’re specifically designed to eliminate certain issues, always solving a specific problem such as managing remote workers, keeping track of inventory throughout retail stores worldwide, and other complex solutions.

Compared to the vast majority of publicly available apps, this is one of the key differences. Looking at Google Play or Apple’s App Store, there’s a large number of so-called “life-enhancing” apps, tracking your fitness level, making sure you can find that song you heard on the radio, or something else along those lines.

While some of these apps are doing quite well, both in terms of active users, and revenue generation, most of them are not. And while more than 1 billion downloads happen on both App Store and Google Play respectively, the majority of those downloads come from the same top 50 or top 100 apps, leaving the rest of the 2 million apps in either store left fighting over the scraps.

I’ve looked at 100 random apps on Google Play over the past week, and come to the conclusion that the single most common reason that an app fails comes down to bad strategy.

This term covers a few different aspects, so let’s go over each reason in detail:

These 3 reasons can be applied to more than 90 of the 100 apps I looked at, while the remaining apps had very specific reasons for not performing well, and so those last apps are not of general interest to us.

Let’s consider the fact that some of the apps I looked at had been featured on TechCrunch, Mashable and other large worldwide websites with millions of monthly visitors.

Some of these apps even had great ideas and concepts that were unique and solving real problems, but the issue with those was the fact that not enough people had those problems.

Let’s face it, you’re never going to reach 100% of your target demographic. In fact, if you ever reach 30% or more, I’ll consider you a stunning success.

The reality is, that on average, you’re more likely to reach 1-5% of your target user group with a successful campaign and strategy running.

Then you have to consider that out of all your visitors and users, there’s a conversion rate, meaning that not all of your visitors will buy your subscription, or pay for your app. That number is also around 1-5% depending on the market.

So if your target demographic is American Fishermen on the East Coast, there are only X number of those users. Let’s say 100,000. Out of those 100,000 you are reaching 20% because you’re awesome at marketing, and your app is great so people talk about it.

That means you have 20,000 people reading about your app, visiting your website or your app store entry. Great right? It would be, if all those converted into app downloads or subscriptions.

That means you only get 1,000 downloads in total, and that’s with a successful app and marketing strategy in place. Of those 1,000 downloads, you then have the problem of retaining users, meaning that 9 out of 10 apps downloaded are only opened once, then forgotten or uninstalled.

So in the end, you are left with a very small amount of users, even though you managed to run a great campaign, create a great product, and convince a large amount of people of your app idea.

This is one of the single largest factors in why apps are not successful. Most apps I looked at had fairly unique ideas, or at least performed a valuable service or function which should prove useful to a lot more people than currently downloaded the apps, meaning that not enough people knew about them.

While ASO is mainly associated with keywords and app names on the stores, ASO goes beyond that, and is an ongoing process, much similar to SEO for website owners. And also like SEO, ASO is not directly comparable to App Marketing, although they do certainly overlap in some areas.

This means that it’s necessary to devote a continuous amount of effort and resources to put into this aspect, but it is not the same as old fashioned marketing either.

Establishing an online and offline presence that allows the maximum amount of eyes to see your mobile app is vital to ensuring a successful app launch, and is the single most important thing in my opinion.

If you’re not sure about app store optimization, I advise you to read up on the topic, as there’s a huge potential here for anyone not having done so already.

Another of the most common problems I saw was how badly managed or lacking the marketing efforts were.

Either the creators relied on their app idea and concept going viral, which at best provides a spike in traffic which then again dies out, or the app did not go viral, and the traffic never even got started in the first place.

Someone has said you should spend 20% of your budget on app development, and 80% on app marketing. I agree with this sentiment quite a bit.

Of course, there are exceptions to this rule of thumb, but the point you should understand, and accept, is that the app itself could be the greatest thing out there, but if nobody is talking about it, and nobody is linking to it, then nobody will ever find it or download it.

So consider how to market your app, even before you start development. In fact, if you can not create a good marketing strategy that you yourself believe wholeheartedly in, perhaps you should not develop that app after all.

Like ASO, mobile app marketing strategies are a topic in itself, and to become an expert requires significant time and efforts, and I encourage you to read more about this subject in detail if you’re in the app business.

It’s important to consider as many aspects as possible before beginning an app development project, and sometimes that means discarding an otherwise good idea, because it fails on a single aspect.

Hopefully that can be fixed, but if not, you should seriously consider changing your overall app concept to better align itself with the 3 key points above, which in my opinion are crucial for any app store success.

Mark has been developing for the web since 2001, always with a penchant for open-source technologies such as PHP. Since 2010 he has been working full time with app development, these days being employed at Nodes, a leading European app agency. He also regularly contributes to WordPress and other open-source projects.