Make the images work to enhance the potential of your website

Images occupy a significant portion of a website. But do they perform well as web content? It isn’t easy to determine if the images on your site boost conversion or obstruct it. But no one can disregard the role that pictures play.

How do you make the images work for your site? Let’s attempt to do this.

The human brain can easily distinguish the important images from the unimportant ones. And it does so subconsciously. Therefore, if a site is filled with decorative images, our brain won’t pay much attention to them.

Suppose you sell gadgets. You may rely on stock photos. Or, you may get some studio shots of the gadgets. But is that enough? Often, viewers are more interested in the detailed features and functionalities of gadgets. And the pictures need to offer that.

In such a circumstance, it doesn’t seem to be of any good to fill up your site with images. But wait a minute. It is possible to create and add images that mean something for the viewers. And that can possibly urge them to take a required step.

Before you begin to make use of images, you need to have a clear idea of the basics.

Are the fundamentals in place?

The color, brightness, contrast and every other point of the pictures matters. So does size, exposure and composition. Get any of it wrong, and the image fails to be registered, let alone impress viewers.

Do the images connect?

What message do they convey?

If the images aren’t capable of transmitting the message you want them to, they aren’t of much use. Pay close attention to what you want to say and how you do it via images.

Do they generate the anticipated response?

This is perhaps the most difficult task. But it’s not impossible. If the image arouses excitement and interest, it often leads to desire, and it’s easier to transform it into a purchase decision.

Want to make the images work? Know how to put the right ones at the front.

Focus on the quality of the images.

Make sure the images are relevant

Confused why your site isn’t converting even when it’s full of beautiful images? Question yourself: are they relevant? If they aren’t, viewers won’t really pay any attention to them.

The Mint Museum site can give you a hint about the use of relevant images.

It’s a great idea to include pictures that show real people in real environment using or maybe enjoying your product. Just make sure they don’t become the focus of attention.

Take a leaf from the ad campaign of Sunsilk to identify what not to do.

Make them work for a purpose 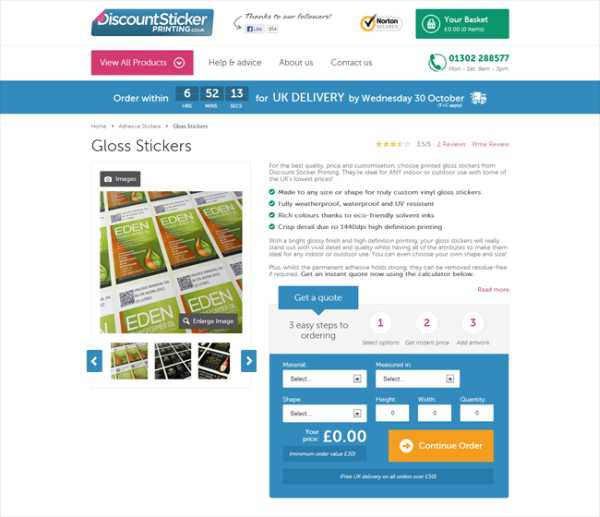 Before you choose an image for your site or your ad campaign, question whether it suits the purpose you want it to serve. A picture can take the place of a thousand words, only if you make the right selection.
Apple does this best; be it for its iPad or its MacBook Air advertisement.

Focus on the trust the images build

Check out the Walmart site to get a look at the people behind the organization.

The images won’t enhance the site’s appeal if you aren’t aware of the technicalities.

In the HTML markup, make sure you mention the height and width of the images you add to the site. This will ensure that the elements don’t need to re-adjust after the image loading is complete.

It is also a good idea to reduce the size of the image to improve site performance. But that mustn’t affect the image quality. Several tools exist – Smush.It works for WordPress and Save for Web and Devices is available from Photoshop.

This guest article was written by Michael Evans, who is a blogger and a budding designer. He is currently associated with Discount Sticker Printing that sells Clear Stickers. Visit this URL for more info – http://www.discountstickerprinting.co.uk/adhesive-stickers-labels/clear-stickers.html

Few Facts about Social Media & SEO that You Must Know