RGBa vs Opacity: The Difference Explained

In addition to RGB (Red Blue Green) CSS3 has introduced a new feature to color setting, which is called RGBA. RGBA stands for Red Blue Green Alpha. Here “A” in this property name stands for “Alpha”. This additional feature can be used to specify an opacity value for any color. The alpha channel is usually used as an opacity channel. If a pixel has 0% value in its alpha channel, it’s fully transparent (and, thus, invisible), whereas a value of 100% in the alpha channel gives a fully opaque pixel. We can use this for anything that can take the CSS color property.

We can use RGBA now on all new-generation browsers including Firefox 3, Chrome, Safari, and Opera 10, but we won’t see the effect in Internet Explorer.

Difference between RGBA and Opacity

Even though both RGBa and Opacity properties are used to control the transparency of an element, they are basically not the same thing. So what are the differences here?

On the other hand RGBa sets the opacity of the color value of that particular element and the transparency is not inherited by its child elements. In other words, RGBA sets the opacity value only for a single declaration.


While we compare the above RGBa and Opacity examples, It is very clear that by setting the opacity property, the element and all its contents including images and texts become transparent. On the other hand the RGBa applies the transparency only to the color value and not to the entire element and it’s contents. Hence all the texts and images are fully visible here and only the background color become transparent.

So now the question is about browser support. How to handle the lack of support of Internet Explorer or other older version browsers? The answer is to make use of conditional statements to supply solid colours or an alpha transparent PNG image. We can also make use of Rafael Lima’s CSS Browser Selector, 1 kb javascript solution that will help us to send browser specific CSS rules.

If you are ready to enhance the user experience of new generation browsers, and also by respecting the older versions, through providing functional and solid fallbacks. Convince your clients now and start exploring the whole new possibilities of features like RGBA and Opacity. 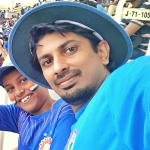 32 thoughts on “RGBa vs Opacity: The Difference Explained”