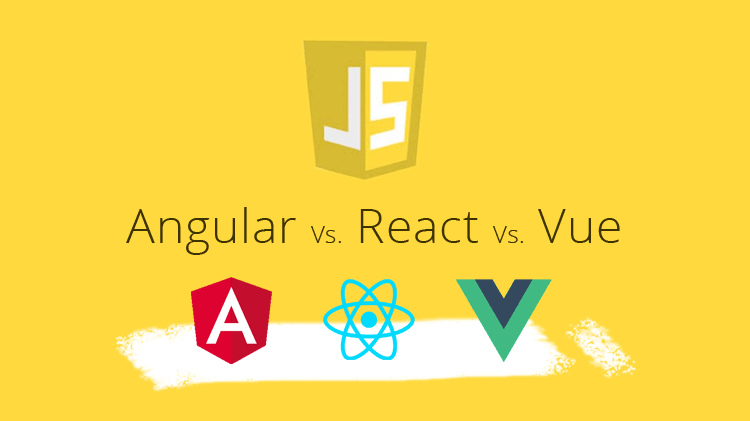 For front-end developers, things were simpler in the early days. There were fewer front-end JavaScript frameworks to choose from.

Today, however, it’s not the case. With every passing day, it’s becoming increasingly challenging for them to make up their mind.

If you’ve found yourself in a similar situation, then you’ve arrived at the right place.  And most probably, you must also be confused between the following three choices:

Though Angular and React are the two most popular front-end JavaScript frameworks these days, but Vue is also gaining traction rapidly.

So, how are you supposed to choose?

Before you can make a decision, you need to be clear about what JavaScript frameworks actually are.

What Are JavaScript Frameworks?

A JavaScript framework is basically a pre-written JavaScript library that makes the development process easier through a readymade layer of abstraction.

In simplest terms, these JavaScript frameworks offer a package of functions to create a responsive web UI faster.

Developers usually find themselves lost in deciding as which JavaScript framework will best address their web development needs.

This article will help you gain the necessary knowledge of each framework so that you can choose the right framework for your next project.

So, without any further ado, let’s find out!

Choosing a javascript framework can sometimes become a tedious task, especially when there are certain factors to take into consideration. Whether you’re a beginner or already have somewhat experience, this separate analysis of each framework will help you make the right decision. 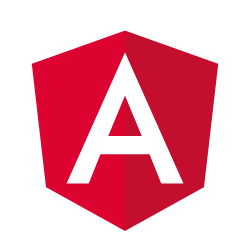 Angular was once a prime choice among front end developers until react came out. But Google then made substantial changes to its architecture to get it back into the game.

So, what does Angular has to offer today?

The best change that Google made in Angular 1.0 is converting it into a component-based architecture from the Model-View-Whatever (kind of MVC). Since this change, Angular has become fairly modular.

Today, if you want to build a web app using Angular, you can do so by breaking up your web into numerous components.

Apart from components, you will also have to get familiar with services, Angular directives, and dependency injection framework.

Recently, Angular has also added support for TypeScript to ensure type-safety in Angular-based web apps. Although, using TypeScript in the latest Angular version is not so pleasant to work with.

Compared with React, Angular is much of a complete framework that has all the tools a developer would need.

Overall, the bottom line is this – Go with Angular if you don’t prefer using additional libraries in React framework.

When React arrived in the market, it stormed the JavaScript world and immediately joined the ranks of the leaders. In fact, React also introduced many new concepts of its own.

React, similar to Angular, also follows a component-based architecture. But, apart from components, React has also encouraged developers to build a huge amount of additional tools to attain the highest flexibility.

However, if you decide to use React framework, be ready to face the dilemma of choosing the right tools from a vast amount.

Overall, React can definitely help you build a most advanced UI if you can identify the right tools for your project. 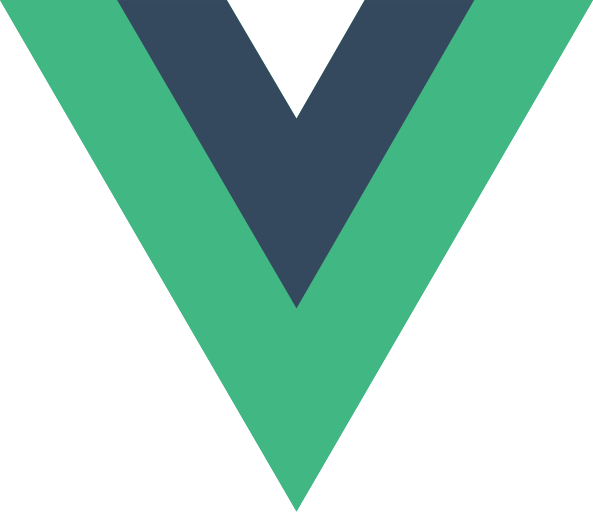 The creator of Vue, Evan You, did borrow certain concepts of both Angular & React JavaScript frameworks.

So, why should you choose Vue when there is nothing new in it?

Well, one of the many reasons to use Vue in your next project is because of the Redux library which is often used for developing large-scale React apps.

But, the only problem with React + Redux apps is, once it grows bigger, you’ll often find yourself making small changes in multiple files, rather than working on new features.

Apart from this, if you compare Angular with Vue, the Angular is a full-fledged framework with an over-complicated and restrictive nature, while Vue is rather simpler and less restrictive.

Overall, Vue can be a great choice compared to both React and Angular, if your project is rather simple and less complicated.

Which JavaScript Framework Should I Use?

It all boils down to one thing – The nature of your project.

But if we look at each framework individually, then both React and Angular is a better choice compared to Vue since both have an immense amount of support from Facebook and Google.

However, if you are looking for a new approach to give it a try, only then you should pay attention to Vue.

So, have you made your decision yet? Let us know your thoughts in the comment below.

This guest article was written by Atman Rathod, who is the Co-founder at CMARIX TechnoLabs Pvt. Ltd., a leading Angular Development Company with 13+ years of experience. He loves to write about technology, startups, entrepreneurship and business. His creative abilities, academic track record and leadership skills made him one of the key industry influencers as well.