Integrating Alpha Anywhere With PhoneGap Build: The Why and How of It? 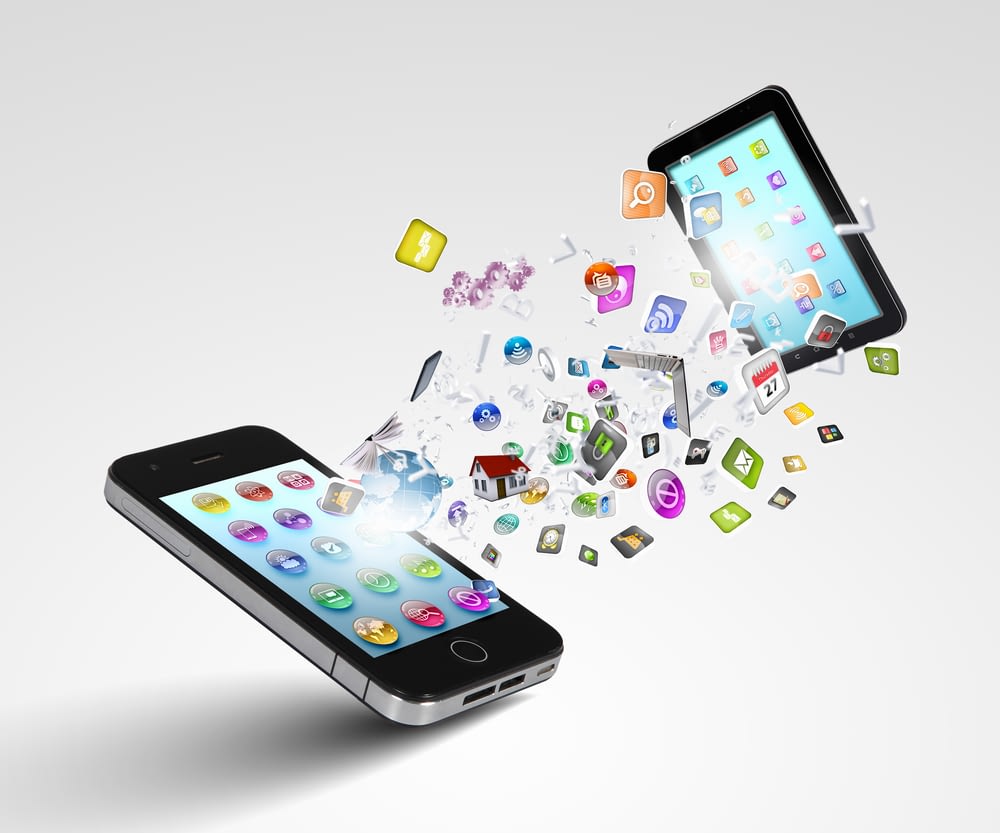 App Development is no longer a buzzword and has become one of the most important mainstream components. Simply put, having a mobile app is a necessity that is getting difficult to ignore for businesses and individuals. After all, 60 percent of digital media time is spent on apps.

When you decide on developing an application, you’ll to choose between a native app or a hybrid application. The hybrid or native app debate is not new, however, choosing the right option to play a vital part in a project’s success and failure.

While building a native application is an excellent choice for users wanting to have a dedicated iOS or Android app, but for creating a cross-platform app, you need to opt for a hybrid app. The majority of users prefer creating a hybrid app over the native one since the former helps provide the advantage of a web application and device features.

Besides, several tools such as PhoneGap helps in performing hybrid application development in a breeze. But the agenda of this post isn’t merely discussing the differences between native and hybrid app. Instead, I would like to cover information about the integration of new software called Alpha Anywhere with the PhoneGap Build.

But Before We Start

Let’s talk about what is PhoneGap Build. As you may know, Adobe’s PhoneGap helps save time and money in comparison to native application development. However, it still needs to work with SDKs – that consumes a lot of time and requires expertise in setting up. To reduce the time spent in setting up the SDK, PhoneGap Build was created.

What is Alpha Anywhere?

In order to automate PhoneGap Build and save even more time in developing cross-platform apps, a new software Alpha Anywhere is integrated with it. Below are the  key points that will help you understand how the integration of Alpha Anywhere with PhoneGap Build can save enormous amount of time:

Let us now discuss the main advantages (as discussed above) that Alpha Anywhere integration offers in detail:

Plugins let your HTML5 apps interact with the device hardware to get access to the files, Geolocation, etc. At present, Alpha Anywhere comes with 72 built-in plugins and several other plugins are in the development phase. So, you don’t need to find out the plugins yourself, and rather can locate them by getting the checkbox next to the plugins checked as shown in the image below: 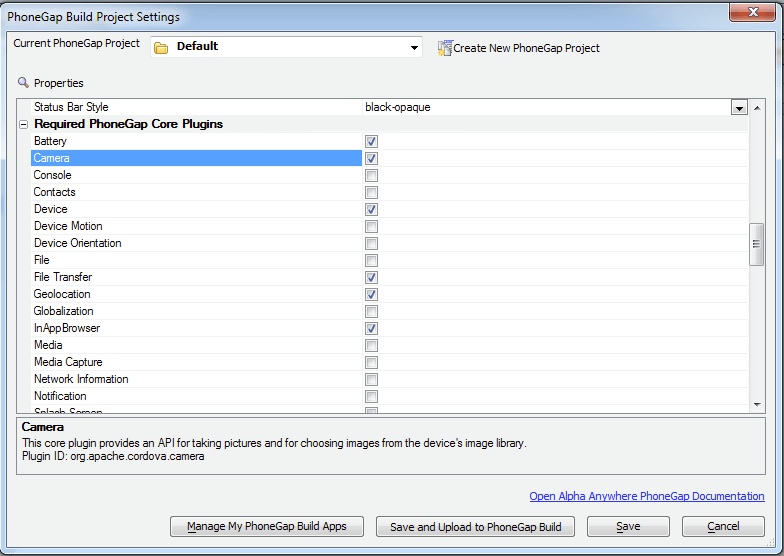 Developers just need to login to their PhoneGap Build account right from the IDE, and they get the ability to create an entirely new business application, update already existing app, or delete an app on PhoneGap Build.

What’s more? You can view all of the PhoneGap Build apps listed in the PhoneGap App Manager. The app manager comes with buttons that showcase the QR codes that enables users to install the business app on their mobile device for testing instantaneously.

Another great benefit of Alpha Anywhere is that you can produce all of your application icons, as well as, splash screens automatically. Also, splash screens work well with all of the supported platforms and at needed resolutions. This helps in handling device displays, such as: retina and non-retina. Performing this process can take an entire day, however, Alpha let you pick required images, and get the task done in just minutes.

Lastly, Alpha Anywhere contains written and tested code that can be used for extending your plugin features. Below are some examples that will demonstrate this process:

Images: Alpha Anywhere allows to access the “exif “data of your device pictures, which includes details of where the image was clicked, the camera orientation at the time when the photo was taken and other data.

The File System: Alpha comprises of code that enables you to work with the massive amount of data (more than 5MB) in the offline mode. For this purpose, Alpha make use of a simple/complex nested database query when the device is connected to a network. For example, a product catalog or selecting a customer account to access mobile field in the online mode may be sporadic or such functionality might not be available.

Audio: If you need to build an app with functionalities such as voice dictation and audio capture, you can find the Alpha code to include such features. The best part is that the code is saved in a standard format, making it run on various platforms like iOS, Android, and many others. Also, the code can help in controlling compression for saving storage space, lets you control functions required for audio recording.

Integrating Alpha Anywhere with PhoneGap Build is an excellent approach to performing mobile app development, as it lessens the amounts of time needed while setting up the SDK and during the beginning phase of app development. Also, it helps shorten the time you’ll have to invest in iterative development of an application to fix any bugs and to enhance features. Hope that the post will provide you a good understanding of the benefits of integrating Alpha Anywhere software with PhoneGap Build.

This guest article was written by Ella Cooper, who works in a leading web development company as a programmer. Apart from programming she has a penchant for writing and thus she shares her development experience through blogging.