Imagine a world where web designers do not know bean about development and web developers are clueless about design. And it is a nerd like me bridging the gap to have a beautiful site up and running.

Sorry for starting with a quote, but I just cannot help but feeling a bit strange when I see that still a vast majority of web designers are blissfully ignorant of the basics of HTML and CSS. Well, do not get me wrong but it sounds really awkward that a designer who is brilliant with Photoshop and all that finds it struggling when he is put to test with some simple HTML or CSS tags. “I am a designer and I cannot code my own design” is not something that you would love to brag about. However, there is an argument, in favor of not learning HTML and CSS since it does not involve that creativity; but when pitted against the advantages of learning coding, the argument sounds a bit lame.

What is the problem?

Let’s imagine a beautiful world, where peace remains forever and where graphics can easily be imported and converted into a compelling website or app or whatever you wish it to be. But the real world is seldom like this. Here you have to design the beautiful thing in Photoshop and then get that thing converted via Dreamweaver or something like that. Since the concept of designers empowering themselves with the knowledge of HTML and CSS is nowhere near the horizon, a designer must team with a bunch of coders to deliver the projects on time.

So, it is basically a team work in progress here. Absence of a teammate and the whole work comes to a standstill. Wouldn’t it be nice if you can play the role of a part-time developer for the day and get the work going? In fact, I would like to go to the extreme and say that every designer needs to know the tidbits of coding and all that. Moreover, learning the basics of HTML or CSS is an enjoyable thing and that means, there is no apparent reason why you should drag your feet. Believe me, you are not going to regret for learning HTML and CSS. Never, ever.

Responsibilities That You Cannot Shy Away: 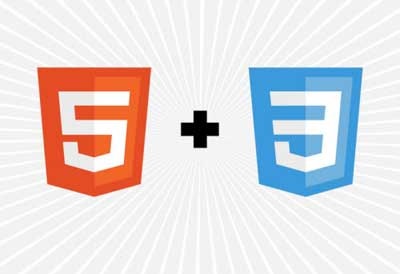 Not every designer is lucky. Some designers have the bad luck of doing more than designing a great landing page. They have to co-ordinate the whole thing and sometimes, their bosses believe that the guy has the potential to render any ideas into the browser. And believe me this is not a bad thing to do. It will barely take a month or two to get the hang on HTML and CSS and this additional knowledge is going to add much weight to your otherwise ordinary CV. Ok, to be honest, CSS may sound a bit tricky and it might take a while to nail down the concept of positioning of elements but believe me it’s worth the effort.

Most clients nourish the idea that designers know anything about coding and that means, they should be taught and instructed in the process so that result can be satisfying. It sounds great but the only hitch is that as a designer you will have to bear with a greater level of interruptions and in some worse cases, you might have to bear with ridiculous suggestions that will play spoil sport in the whole designing process. But armed with the divine knowledge of HTML and CSS, the client would not dare you to give his/her free advices and so the project will be finished on time and the world will be a happier place again.

Do Not Split the Creative process:

Splitting up the responsibility of coding and design will inevitably make a developer muddling with the designing thing since it does not make sense to bother the designer all the time to do small things like setting up the tone of the color or applying a different gradient etc. So, it perfectly makes sense for a designer to hone his coding skills as this will make it easier for him to ramp up the whole thing.

The gap is small:

Yeah, believe me there is little difference between coding and design. In fact, some experts are of the opinion that HTML and CSS are more of a designer’s thing than a coder is. Moreover, CSS and HTML also let you fine tune the designing and therefore, it can be fairly said that it is a kinda designer’s job. You just need to take a baby step and a rock solid career is waiting for you at the end.

It is Time saving:

Since you already know where you have added the creative tidbits, you will take care of that thing while slicing in HTML and CSS. It will come up to your head effortlessly and that means, the whole process of designing and then coding it in HTML will not take much longer time. Moreover, since you are doing it all yourself, there will be no wastage of time pertained to sending and receiving of file and getting other people involved in the process when the whole thing is totally unnecessary.

If you wish to earn some extra bucks, you would need to know both designing and programming. Take this way, a client would never like the idea of awarding a project to a designer and then to a developer to get the project done. It is totally confusing and takes up much time. So, this is the reason why there is a huge demand of designers who also know coding.

This guest post was written by Michael Evans, who is a passionate writer and a regular blogger. He is good at Photoshop and he has also contributed different tutorials on web design and development.

13 thoughts on “Do web designers need to know coding?”